How many strokes do you want to drop in 90 days?
contact us.

We were members at Colonial Country Club in Fort Worth, Texas, and that's where I cut my teeth on golf at the ripe age of 24!  WOW!  A walk through Heaven on Earth!

If you have ever watched the PGA's Colonial National Invitational Tournament on TV, you will understand what a real treat it was to be part of that history of golf.  Ben Hogan's Alley causes many a golfer … me included … a huge amount of trouble!

I would watch the PGA Tour players come to town and see them make the most unbelievable shots on the course where I struggled so hard just to break 100!  It was like a magnet to draw me back to the golf course to see if “JUST THIS VERY DAY … THE RESULTS WOULD BE DIFFERENT!

SO COMMITTED I BECAME!

Have you ever wanted something so badly that you were willing to make changes?

What kind of consequences do you experience with making this kind of change?

YOU HURT from the time you get up until the time YOU go to bed!

Stay tuned to find out what happened NEXT! 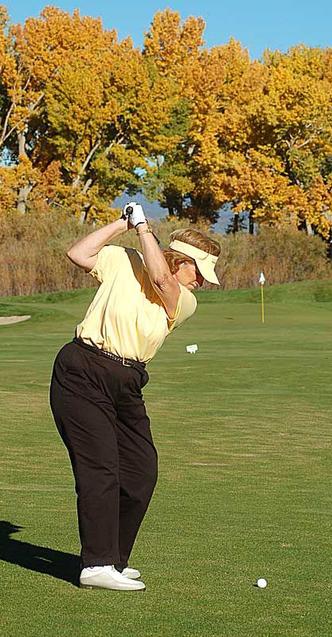 ​​The first 6 years of my golf career were far from what anyone would recognize as a "pro."  However, I could hit the ball a VERY LONG WAY … you weren't always sure where it would end up … but a long way and I felt that if I could get distance … I could someday develop a short game and learn how to get the ball in the hole!  I also felt that it was very unfair that putting and chipping would count the very same in scoring as a shot that went between 150 to 250 yards.  You will learn why I felt this was unfair … and probably you may have experienced this same lack of understanding about the game of golf.  If we are not good at something … we sometimes find fault in its validity!  I had a very hard time developing and understanding what a “short game” was supposed to be … and therefore … I felt it wasn't fair to count so heavily in my scoring system.  However, when you are going to play with the other golfers in the world … you can't have your very own scoring system and negate the importance of the different kinds of shots!

About Martha Sue
View on Mobile